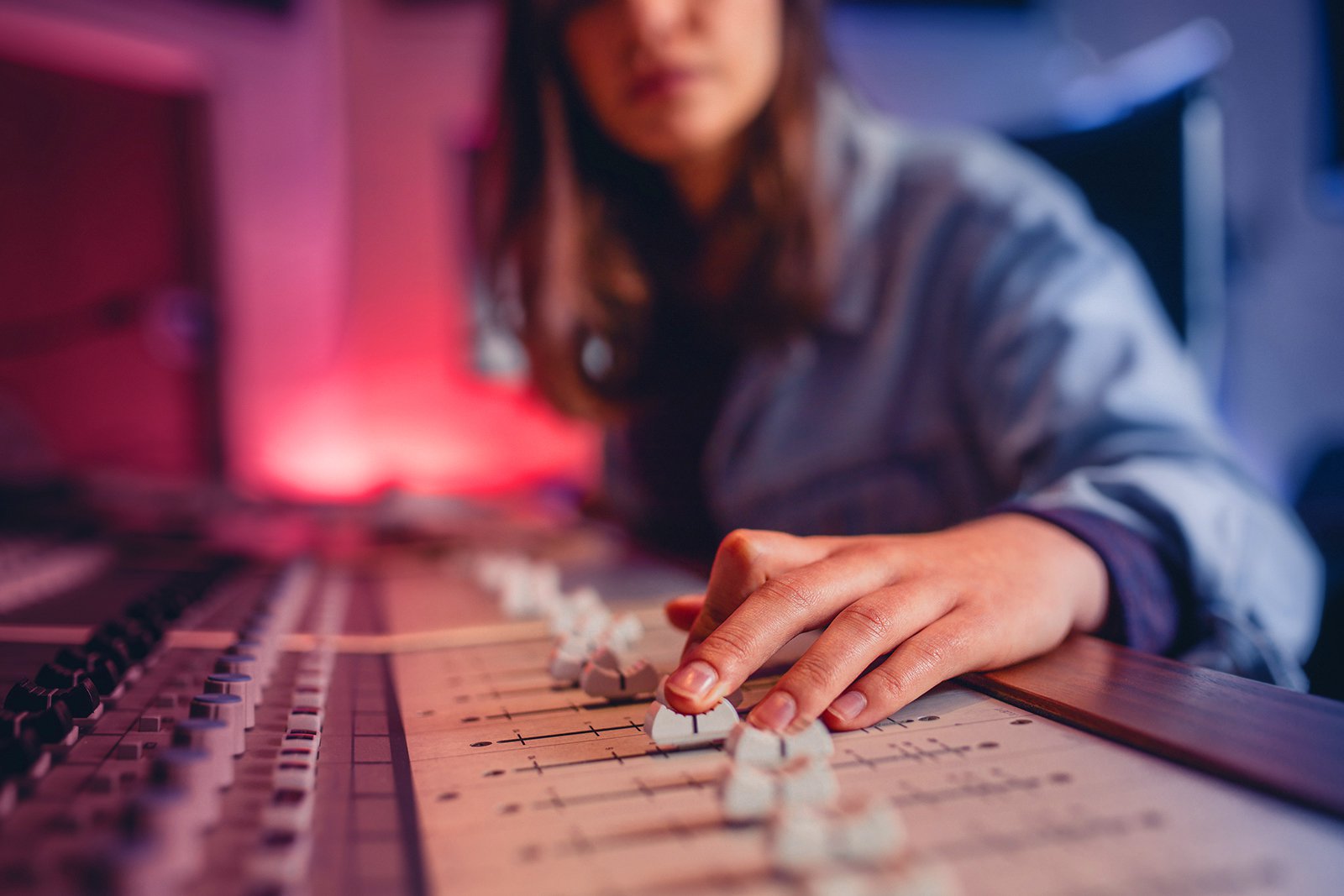 Mixing vocals is where most home studio engineers fail. It’s not because it is harder than mixing other parts of the music, but because we as listeners are so sensitive to any flaws or inconsistencies within the voice.

The first and most important step is to get it right from the start. Carefully choosing the microphone to balance the singers voice. If you only have one microphone, fear not, because the microphone is nowhere near as important as HOW you use it. It’s all about placement and the room it is recording, because no matter how much we don’t want it to, they do pick up the entire room.

The microphone placement has to be considered from two ends. First is where in the room does the microphone sound the best. It is very rarely in a corner, very rarely facing an untreated wall. Other than that, all bets are off. It could be next to the sofa, or hanging from the ceiling. Experiment with where to place it and soon you will find your favourite spot.

Next we have to consider the placement in relation to the vocalist. If the room is bad sounding we might need to go very close to minimise the room sound as much as possible. That comes at a price. The voice developes with space, so the closer we get the more air, plosives and mouth sounds we get. This is a balance act that must be done over and over again until the best compromise is found between room placement and singer placement.

If the room sound is affecting the recording enough, we might have to take drastic measures to stop the reflections. The points we can treat is the walls. Hangers with clothes instead of paintings on the walls. Madrasses from the bed put upright. Anything goes. The objective is to stop the sound bouncing off the wall and in to the microphone just behind the direct sound coming from the vocalist.

When all this is done, we can start the recording process. And now we, as engineers, must pay close attention to every little detail. Often the vocalist has practiced hours and hours before recording day, and that might be a bad thing, since unsupervised, we get accustomed to almost everything! Including timing issues, bad pitch and phrasing.

When we have as close to a perfect take as possible (or multiple takes that has been comped to one) THEN it’s time to mix. And if you have taken care in the process before, a slight edit of timing and pitch to iron out some minor details should be all that it takes to make the vocal sound amazing!

But what about melodyne?

Everything we do to the vocal in post have a price. Even thought we can not hear it right away we are introducing artefacts that we will perceive later on. Think about it. Is there any other instrument we treat so heavily in the mixing stage as the vocal? No? And what part of the song are the home studio engineer most often displeased with? Yes, the vocal. Even thought we CAN pitch and drag every syllable around in Melodyne doesn’t mean we should. There is no short cuts. If the recording sucks, the vocal will still suck when the song is finished.

Online Mixing Done Right – Communication and understanding is the key to a great mix.